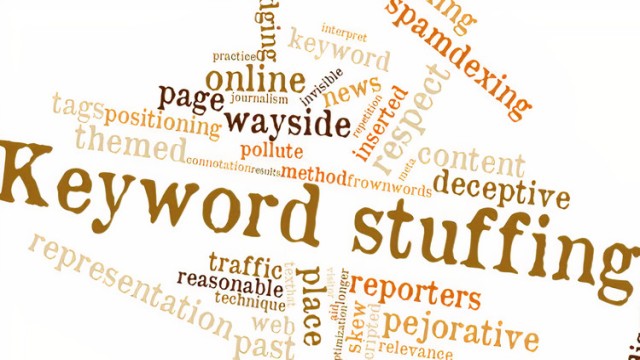 It’s almost second nature now for most product manufacturers or content writers to either consciously seek to weave in SEO keywords for their product title or to insert as many keywords as they can before offering their product online. The thinking goes that the more keywords there are in the title of the product or the body of text, the greater will be google’s propensity to channel customers to that product. But is this always true in every case? Should saturating your product title or blog content with numerous often repetitive keywords come at the expense of coherence and originality?

This blog article is a primer on the dangers of over-saturating your product with keywords that take away from its attractiveness and drive away customers.

Be Aware of these Consequences

While it is true that Google relies on the frequency of keywords to rank webpages or product titles in searches (although this is less true now with the Penguin update), keyword stuffing may have these consequences

But the worst crime perhaps of keyboard stuffing is that it takes away from the basic axiom that a product seller must not sell a product but an experience. Instead of trying to sell that new laptop as a useful Christmas gift to your son who has been struggling with his overheating laptop, the corporation’s focus is on brainless endeavors such as ensuring the maximum number of right words on the product title that will get attention.

If you have a Mac, you’re cool, refined, and sophisticated. Ferrari doesn’t need to saturate its brochures with keywords turning them into a jumbled mass of gibberish. On the more sinister side, there is a reason why cigarette companies were and are some of the most successful corporations around. They are masters at selling an experience. If you smoke a Malboro, you’re the man. Macho, virile, and go-getting.

Readers get the notion of being tricked

Keyword stuffing then is a cynical and manipulative twisting of what can otherwise be a useful augmentation for an intrinsically attractive product. While using synonyms instead of identical or near-identical keywords on the product title is good practice, it also has its limits. In the long run, customers are looking for authenticity, excellence, and originality. Nobody wants to feel fooled or taken for a ride. Keyboard stuffing can also be viewed as an act of laziness on the part of a seller or content creator who has not put in the effort to distinguish himself from the competition.

Accurate Product Title is the Way of the Future

There is still space for product title descriptions that are comprehensive without being manipulative. Adhering to the guidelines specified by Amazon for product title character counts (so that your title is not cut-off because it is too long) can itself serve as a demonstration of a corporation’s bona fides to customers who are able to separate its eagerness to connect from the other’s desperation to pawn off. In fact, a growing number of customers are paying close attention to such surprise markers to judge the antecedents of the seller.
competition.

Keyword stuffing, at its root, is a failure of the imagination. If that creative ad firm or that brilliant sales team that was expressly hired to make a product fly off the shelves can only come up with a strategy that while beneficial in the short term, might boomerang over the long term, it is probably time for some firings. The minimalist approach of a succinct but accurate product title combined with an innovative ad campaign is the way of the future. And Google’s algorithm is not getting any dumber. It has even begun downranking product titles and blogs so the economic and reputational incentive to turn your product title into an inscrutable keyword-stuffed pile is gone.

How To Create Impactful Headlines On Social Media

Get all the latest content delivered to your email a few times a month.

Excited to Start your Project?

Here’s a way to reach us!